Loneliness is an unpleasant feeling of isolation, disconnectedness or abandonment. It may sound quite scary to hear that the feelings of loneliness have been linked to depression, loss of sleep, an increased risk of stroke and high blood pressure.

It can also be said to be a feeling of disconnectedness or isolation that makes it almost difficult for one to communicate or associate with others.

It is important to note here that Solitude sometimes leads to feelings of loneliness, this is not always the case. This complex emotional response affects people in differs ways. Hence, it varies from person to person. Some individuals prefer being by themselves and do not feel lonely in any way, even after an extended period of solitude.

Loneliness is a complex emotional response which affects people in differs ways. People experience loneliness when they can’t communicate or connect with other people. This indicates that they do not necessarily have to be alone to feel lonely, especially they are surrounded by people who don’t feel comfortable communicating with.

Loneliness can set in in the following conditions:

* Crying, but no one is watching or caring.

* When a huge sense of emotional abandonment is felt.

* When one struggle to get attraction but to no avail.

* When you begin to blame yourself for an action already carried out.

The Effects of Solitude

Being alone affects each of us differently. While many people tend to view being alone or social isolation as a negative scenario, it can also have a positive side. Being alone gives us time to think, which can help to improve our concentration and other cognitive functions. It also gives us time to reflect on our experiences and process what is going on in our lives.

Getting some time to yourself also helps in avoiding overstimulation or stress brought on by too much of social interaction.

Being alone is not always a good thing. However, Studies have shown that complete social isolation can have a negative impact on our Wellbeing, even if we do not feel lonely. If we go for a long time without talking to anyone, it can alter our listening and communication skills or ability. It is important to interact with someone often, whether it’s a friend, relative or even someone more distant like a stranger.

Being lonely and being alone are closely related, they are two entirely different things. Sometimes, being alone can be a good thing, especially if you need to unwind or ponder on issues.

But, being lonely is almost never a positive thing. If you feel you are lonely, take every step within your limit and make a connection with someone. You will be glad you did.

The feelings of loneliness tend to fade once an individual start to once again interacts with others, periods of chronic loneliness are typically more long-lasting and have a serious negative impact on overall mental health. What follows is a few of the mind-related effects that can crop up due to chronic loneliness.

Loneliness can have extreme physical effects on the body over time as well.

One key effect of loneliness tends to affect our health from inside our body. This is the continues production of cortisol due to chronic loneliness. This activity may have a bad effect on the immune system, thereby making it difficult to fight off infection and illness. It also raises prolactin levels, which increases your sensitivity to pain, making muscle aches and headaches seem worse than they ought to be. Excessive levels of cortisol hyper-sensitizes your brain to pain, so headaches may happen very suddenly due to even slight nerve activity.

Being lonely is just as bad for you physically as it is mental. Think about all the conditions mentioned here, the next time loneliness strikes. Remember, by doing all that you can to interact with people, you’ll be helping your physical being as well.

Many people usually underestimate the negative impact that loneliness can have on a person’s mental and emotional Wellbeing. If you think that you are feeling lonely, don’t be afraid to reach out for help. It may be difficult to overcome loneliness by yourself. But with the help of your family members, friends, and associates, one will be taking steps toward feeling less isolated and giving life a meaning. 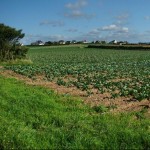